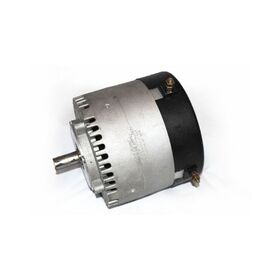 *ON BACKORDER UNTIL FEBRUARY OF 2022*

Designed and built by the same team that brought us the original E-tek motor the ET-S weighs 39 lbs. The Dual Brushes in this motor help keep things cool. This radial motor can do 160 amps at 72 volts continuously and runs in either direction. 400 amps peak for 1 minute. 18 hp and 38 hp respectively. Higher torque and slower speed, this is ideally suited for 72 Volts. Works with Alltrax and other PM controllers. The ET-S has the same bolt pattern as other Mars permanet magnent motors.  Good for heavier motorcycles and go-carts. Similar performance to the Lynch and Agni motors.